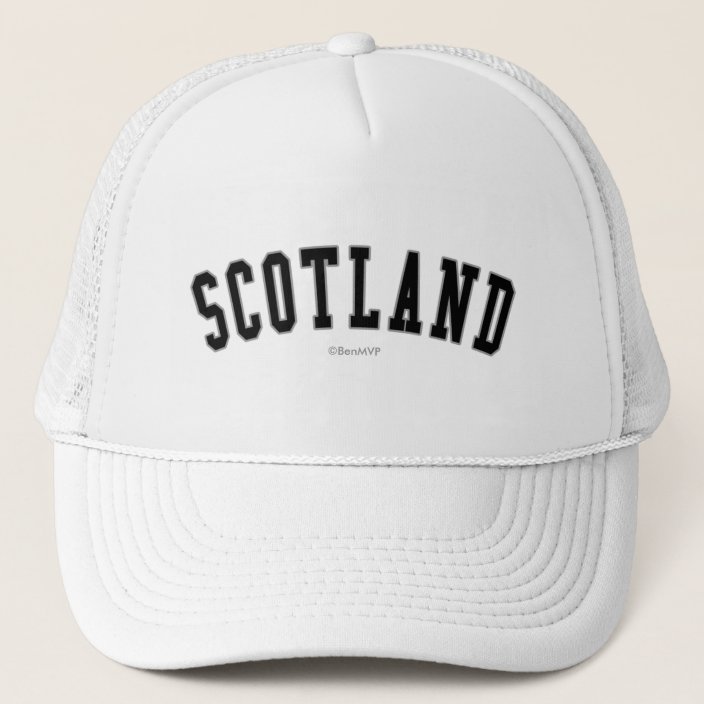 You have the option to purchase this "Scotland" trucker hat as is or personalize it further with your own text, artwork and photos. You can buy as few as a single trucker hat and it should ship within a couple of days. There are other United Kingdom Trucker Hats available to purchase as well.