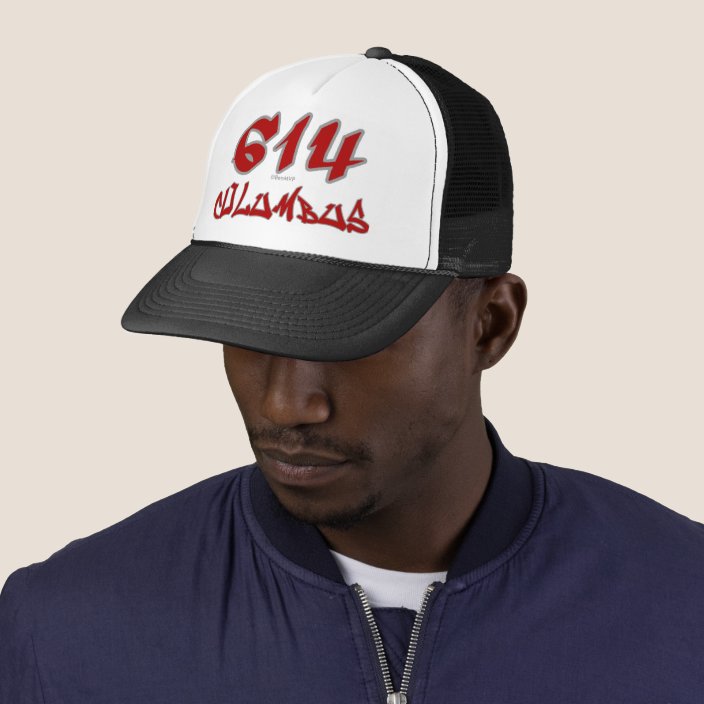 Check out this "Rep Columbus (614)" trucker hat on repyo.city! Do you have pride for Columbus? How about a friend or family member who loves being from Columbus, Ohio? If that's the case, this "Area Codes" trucker hat may be just what you want! The trucker hat features the area code in big lettering on top in red and the location in medium lettering on the bottom in red, all in a very cool graffiti font with a faint gray outline.

You have the option to purchase this "Rep Columbus (614)" trucker hat as is or personalize it further with your own text, artwork and photos. You can buy as few as a single trucker hat and it should ship within a couple of days. There are other Columbus Trucker Hats available to purchase as well.